I made a few updates to the glossary check it out.  Let me know if there's anything missing.

The act of shutting down fools on the street.  "I just BOSSED that fool"

Burn Out
The act of smoking out and melting your rear tire to the slab to show how awesome you are.

Cager
Someone driving a 4-wheeled vehicle.

Chine
Comes from the word machine; meaning it looks awesome

Combat Commute
Rush hour traffic; requires a soldier to be on point (see “on point” below).

Dangler
Bandanna; Tied to belt loop or around the belt. This method is normally preformed during easy rides (see “easy riding” below).

Dirty Bird
Danglin your left arm to the side while tucked.  This is act is done to completely disrespect and individual or a cager.

Holiday
Everyday on a Scoot is a Holiday.

Keep it on 2
Keep Scooting.

Keep it street
Keep it real

Master of the Scooterverse
Scoot Lord.

MLS
Marine Style Lane Split.  Splitting lanes as fast as you possibly can ride. (I MLS'd the entire 101 today cause traffic sucked so hard)

Mod
Scenester-hipster; Rides a scooter to been scene not for love.

Modding
Mods in the works; Mods not yet complete.

Mods
Modification made to a scooter. Often confused with scenesters so make sure you specify or use in the correct context. (Mods made on the scoot).

Natcho
The environmental scooterist, rides for the amazing mpg’s and low emissions.

On point
Full attention on the slab, always aware of your surroundings.

Pimp Swerve
A person on a non motorized vehicle or on foot that literally waits to run across the street in front of you cause you to swerve a pimp.  Some areas are more prone to this action (north oceanside)

Rag
Bandanna; Worn on the face to protect from the elements as well as for steez.

Represent(ing)
Letting people know where you are from, who you roll with and how you roll.

Rolled
The act of someone rolling on you (you just got rolled on fool hahaha) disrespected; being pulled over by a cop (you’ve been rolled on by that roller).

Scoot Lord
Commander of the Slab Soldiers; Self-proclaimed Master of the Scooterverse.

Scooterist
Anyone who rides a scooter, could be a mod, tron or soldier. Either way it’s obvious that they understand how awesome scooters really are.

Scooterverse
The entire universe revolves around the scooting lifestyle.

Scenester
Someone who is all about being a part of the scene…trying too hard.

Skeez
Same as steez, what people from Indiana call steez.

Skidmark Scooter Gang
Inspirational Scooter gang; known to have the longest skid ever recorded on video.

Soldier
Rides a scooter for love, lives and dies by the slab. Soldiers ride in any weather. The slab belongs to the soldiers.

Soldiers of the Slab
An international scooter organization with one goal in mind “world domination by scooter”.

Spray
The act of spraying gravel with your rear tire, sometimes confused with a burnout.

Steez
Style. Steez is almost as important as having an actual scooter. It is what defines you on the Slab.

Torched
After a long day of scooting with out protection from the sun, another reason to always have a rag on.

Tron
These guys love futuristic scooters, wish they had crotch rockets and they love space.

Wheelie
Possibly the greatest stunt of all time. When you take off so fast that your front wheel lifts off the ground and you ride only on your rear tire.

Posted by Scoot Lord at 3:20 PM No comments:

The Crew has been growing over the colds months!  Now its time to ride stay posted for the next ride.  Until then keep patrolling the slab! 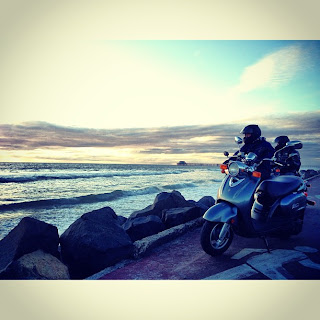 Posted by Scoot Lord at 8:12 PM No comments:

This Sunday is going to be first of two scoot runs in November out of North County San Diego.  This one will be Nov. 4th meeting at Seaworthy Surf in Downtown Carlsbad and will run down the coast to PB or possibly downtown.  The second scoot of the month is going to a Palomar mountain run and the date for this run is still to be determined.  Spread the word! 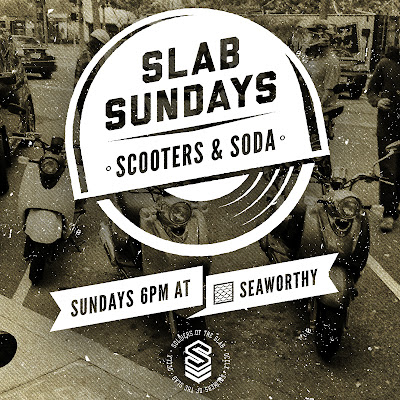 Posted by Scoot Lord at 3:37 PM No comments: 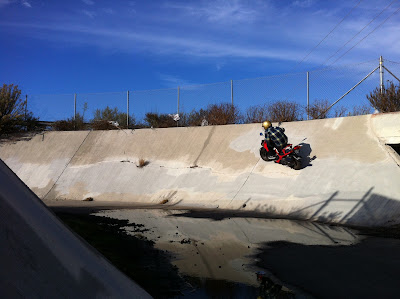 Here is a pic of one of our newer members the young pimp earning his keep for SOTS!
Posted by Scoot Lord at 5:57 PM No comments:

Come join us this Sunday at Seaworthy Surf Shop located in downtown Carlsbad. 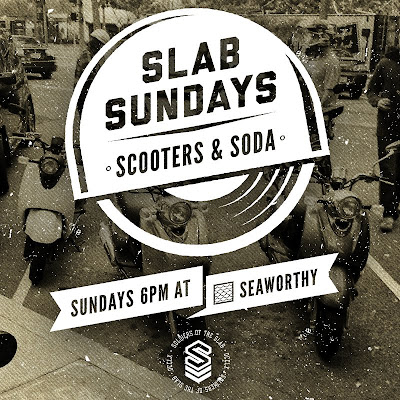 Posted by Scoot Lord at 5:10 PM No comments:

Bi-weekly rides in North County San Diego. We will be meeting Sunday October 14th at 6:30 pm in front of Seaworthy Surf Shop located in downtown Carlsbad. Spread the word! 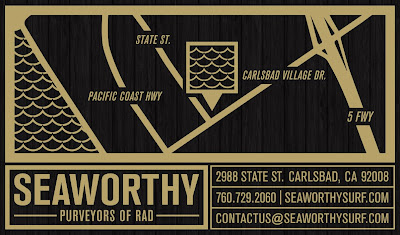 If you have questions about anything, I have the answers. So just submit a comment with your question and I'll answer it. Do it now before CERN decides to destroy the world once and for all.
Posted by Scoot Lord at 8:36 PM No comments:

Check out this awesome new hate mail. My response is below.

Jesus H. Christ scootering is just a way too get around. You take yourselves to seriously. Hey, how about this --- enlist in the Army and fight a real battle. You're a bunch of adolescent winking schmucks who have nothing better to do than imagine yourselves as soldiers. How fierce of you. Holy cow get a life.

I thought when they said "don't ask don't tell" it meant you don't have to scream it from the top of a building man. I'm happy that you are comfortable with your sexuality (more power to you) but I don't go around telling everyone that I am married to a woman...but hey it's legal to get married to a man here in California now so bring your boyfriend and your scoot and let's ride! If your lucky i'll show you how to do and burnout or maybe even launch a curb or something totally gnarly maybe then you'll understand that everyday on the slab is a battle. Good day to you captain cornhole...I mean Pondca.

So...it's been awhile since i've posted and that is completely my fault. Things have been gnarly out there on the slab. Haterz been hating and I can't help but laugh. I have some posts i'm working on right now cause there has been some mods on my scoot i've been working on. Anyways check this comment out, this dood is so awesome he wouldn't even leave his name. So i'm sorry whoever you are...i'm straight..I don't want to hang with you and i need your number. I respect your choice and hope you find happiness. I am sorry that you think the lx150 is 3 times the scoot the vino is. Best of luck to you. Here is this totally awesome comment

"Hey Homo! That LX150 is three times the scooter of that Vino! It's one thing to like what you have, but its pure idiocy and egotistical ignorance to compare the Vino as a superior piece of machinery to the LX150. The only thing it beats it in is price. And like the old adage says: You get what you pay for."

Keep it real on the street kid...if you are ever in my area of the country come on over and i'll do a burnout on on your lx150 with my vino.
Posted by Scoot Lord at 4:00 PM 2 comments:

Here's a quick clip of some off scooter training. More clips coming from the slab soon!

Scoot Lord
Commander of the Soldiers of the Slab Scooter Gang...Self Pro-claimed Master of the Scooterverse...Loves to do Burnouts and Wheelies...Wants to take over the world 2 wheels at a time

Help the soldiers in getting their own rags! Please donate by clicking on the button below